The future of the high street

The High Street is dead, long live the Internet

If you paid close attention to all the media hype around the High Street, you’d be forgiven for thinking that it had died some time ago. Yes, there are lots of empty spaces around, and there’s no question the High Street is evolving. It needs to. But it is not dead, it is not dying and in my humble opinion, has a very bright future. It’s just got a transition to go through before it gets there.

Consumers are bored of the largely homogenous and generic offering you can find on most high streets. I know this because I ask them. I’ve been up and down the country speaking to consumers about what they like and don’t like about shopping on and offline. For the former, it’s the inability to touch and feel the product, for the latter it usually comes down to the lack of store staff to serve and the generic proposition from town to town.

One of the biggest reasons for the empty spaces we see on our High Streets is that the national chains over-expanded their store portfolios and were then too slow to respond to the migration or channel shift of around 30% or more of their customer base moving online. This is why many have had to go through CVA’s. Another significant factor is business rates. These don’t take account of the migration of consumers online.

As business rates are calculated on the rateable value of the property when the sales performance would be a better measure as it would be a barometer for the commercial success of the store. So, this has been a millstone around the necks of national retailers.’ And while it was good to see the Government address business rates for small independent retailers in the budget, by suspending them, it didn’t address the significant implications of business rates for the national chains who currently employ the bulk of people working in retail.

Business rates need a fundamental re-think. Lidl, who installed solar panels in seven of their stores saw their business rates increase by 528% as a result! Why are retailers and other organisations being penalised for implementing sustainable energy solutions?

If you believe the hype, you’d also believe that the internet has killed the High St. ‘We’re all shopping online now’ aren’t we? Yes, many of us are. However, the reality is, that across all of retail, 80% – 82% of sales still take place in a store (ONS).

And if you factor in the slow-down of ecommerce growth, to somewhere between 7% and 10% (IMRG/eMarketer) then you realise that the High Street is far from dead. In my opinion, I don’t believe that ecommerce will ever become more than 40% of total retail sales. If it’s around 18%-20% now and ecommerce sales are growing at approximately 7%-10% per annum, it’ll take a heck of a long time to get to 25% never mind 40% of total retail.

Ecommerce sales growth (according to IMRG):

Obviously, there will be some product categories that are exceptions. And there are some big retailers such as Next and John Lewis who generate half or more than half of their total sales online, but they are the exception rather than the rule.

Ecommerce on its own is not the full story. According to the IMRG who along with Cap Gemini publish the sales and KPIs from hundreds of leading UK retailers, around 35% of orders are click & collect.

So, the internet is not only an additional sales channel it is a driver of sales instore. Approximately 65% of us start our journey online before deciding where to buy offline. The reality is we live in a multichannel world and we choose whichever channel is the most relevant and convenient for us.

There are many other factors at play that have an impact upon the High Street:

For one, out of town retail parks and shopping centres which conspire to take consumers away from the High St.

This really needs to be addressed by town planners and local authorities. If we continue to build these then we’re going to make it harder for consumers to support their local High Street.

Something else we need to address is the retail infrastructure, or lack of it, around new housing developments. The leading national building companies such as Barratt, Persimmon and others create what is essentially a new small town, with thousands of flats and houses but with no retail proposition to speak of. Or at best, a Tesco in the middle of the development.

There are rare exceptions to this. Kings Cross and Battersea in London being prime examples. The former having ‘Coal Drops Yard’, which has a great mix of independent retail, food and charity shops, all surrounded by thousands of new flats and businesses.

Over the past 30-40 years, more and more of us have moved away from living in town centres and local high streets as new housing developments have been created elsewhere. In the years ahead, I see this trend reversing with more developments like the one at Kings Cross and Battersea taking consumers back to living next to retail and leisure.

We must also consider the impending significant change in consumer behaviour. I believe the age of consumerism, when we bought stuff just because we could, is dead. We’re moving head-first to a world of conscious consumption.

The output of this is that we will think much harder about whether or not we really need to buy that new dress, suit, car, sofa, laptop or mobile phone. It will also drive our decision of where to buy it from. As such, I also believe that it will engender a change in consumer sentiment to want to shop more locally and to support local businesses.

Local independent retailers can offer many benefits and have a potential advantage over the national chains:

They tend to be more focussed on being employee first, which is the most important, and first building block on the road to being customer centric and leads to better levels of service. Of course, in many cases, the person who owns the business is on the shop floor serving customers.

Hyper Localisation – They are more able to develop a range of products and services that are relevant for the needs of local customers.

Personalisation – We’ve been talking about this for 15 years at least, and as of 2020, a small handful of national chain retailers can deliver any degree of personalised experiences. Independent retailers often know who their customers are by name. They know what they like and don’t like and can therefore tailor the experience. They don’t need expensive technology to deliver this. Albeit there are plenty cost-effective solutions that can support this.

Convenience – While Amazon can deliver faster than most retailers, nothing beats being able to pop down to your local shops for speed. And if you think differently, ask Amazon why they’re opening Amazon Go cashless grocery stores, Amazon 4-star curated stores and bookstores. 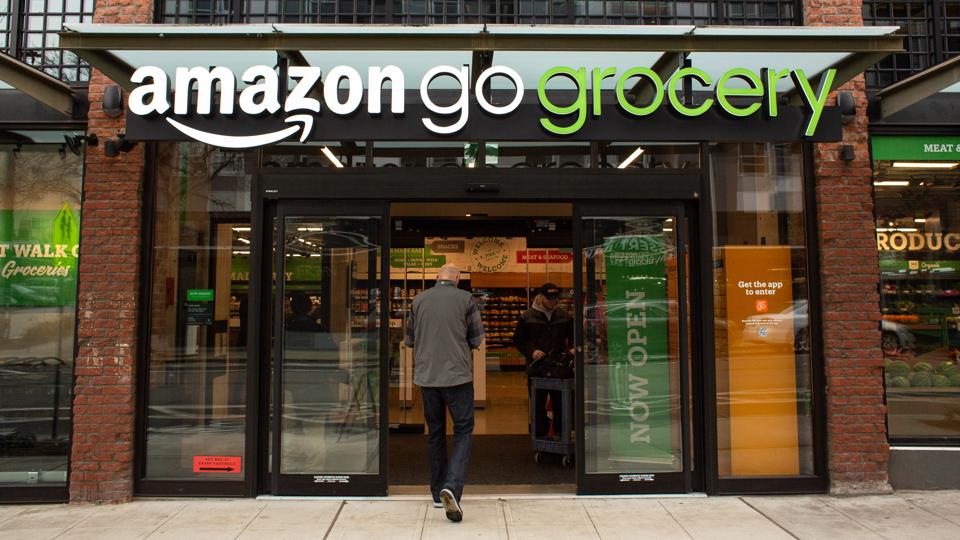 This picture I’m painting is what I genuinely believe the future holds, however, there are many things that need to change along the way to facilitate this environment.

Local authorities need to make parking easier and more cost-effective. If they continue to see parking as a cash-cow, more of us will simply drive to shopping centres and out of town retail parks where parking is free. That and buy online.

I live near High Barnet. In their wisdom, the local council decided to double the width of the pavements. Why? I’ve no idea. High Barnet has never been blessed with so much footfall that pedestrians were tripping over themselves to make it along the High St. I shudder to think how much taxpayer’s money has been wasted on this, but more importantly, they have removed a swathe of parking spaces when there were already too few on offer.
And there are now at least 10 empty stores on a relatively small High St.

Local authorities need to be the driving force behind what our High Streets need to look like. And in most cases, broadening the pavements are not the answer. What is required is to ensure that there is a better mix and proposition for consumers.

We need more independent and artisanal retailers for the reasons I outline above. This drives variety when combined with the right national chains, this can provide a compelling retail offer.

And the retailers that exist on our High Streets need to deliver great experiences in-store, supported by a strong service ethos.

Consumers want better food choices, and as we increasingly improve our diets and look to eat healthier plant-based food, High Streets need less fast-food and more healthy options. And while I appreciate the choice on offer is often considered to be relevant for the ‘local demographic’, we have a responsibility to ensure that all consumers are offered healthier choices.

There is still room in my vision for the High Street for charity shops. Maybe just not quite as many as there are currently. As we consume more consciously, we will also increasingly look to the circular economy for our next purchase.

Why buy new when this might have a significant environmental impact, when you can procure an item of clothing that is as good as new or furniture that has been refurbished or repurposed? This very much plays both to charity shops as well as to a new breed of retailer.

Am I saying that it is the end for retailers who sell fast fashion and other new products? No. But consumer behaviour will change, and quicker than we realise.

I also believe that we need to look to create more multi-purpose facilities. The space might be a retail store during the day and a venue for entertainment at night.

We need to create High Streets that connect with the local community and provide them with convenience, engagement, experiences and choice.

Last but not least, landlords have a huge role to play. While many have accepted the need to enable retailers to go through a CVA in order to reduce their store portfolio, some have yet to demonstrate the flexibility to adapt their core model.

If we accept that independent retailers are a big part of the future of the High St, then it goes without saying that landlords will need to offer them cheaper leases than those paid by the nationals. Landlords also need to appreciate that securing 10-year leases and more, are a thing of the past. We need shorter term leases and also the flexibility for pop ups.

We’ve recently seen Primark open a pop up at Boxpark. While that feels like a brand elevation play by opening up in Hipster land, why can’t Primark, John Lewis and others open smaller format stores on much smaller High Street’s? Greater flexibility from Landlord’s would enable them to do that and alongside a strong independent retail proposition, would be a pull for consumers.

Required fields are marked *. Your email address will not be published.

A regular podcast, hosted by the Consumer Champion Martin Newman, with customer centricity at its core, across all consumer facing sectors.

Our mission is to support all organisations to become customer-centric and thrive in a multichannel market through offering great customer experience.